History of a family : The Tanrade

For two hundred and seventy years - since the reign of Louis XV - the ﬂammes of the home of the apothecary and confectioner Tanrade have been burning to transform the best fruits into jams, syrups, pasta, etc. Balzac, Grimod de la Reynière, Daudet, Proust, among others, will not resist it. They will all express their admiration for the Tanrade house.

"[...] in the new street Le Pelletier. This is where we will find the modest shop of one of the best conﬁseurs in Paris. Raised in May, Mr. Tanrade was raised by the Duke of Céreste-Brancas, of whom he was head of his office, in May, and so dear to gourmets, that the public has only known him for about three years since he was established. Paid into all parts of the art so difficult, and still so little known, of cooking sugar, familiar with pharmaceutical knowledge, it was mainly used to make syrups, and it brought those of orgeat, silt, capillary, vinegar, marshmallow, etc., to a degree of perfection unknown until now, even in Montpellier. Mr. Tanrade, who combines a lot of modesty with great talent, is no ordinary man. » 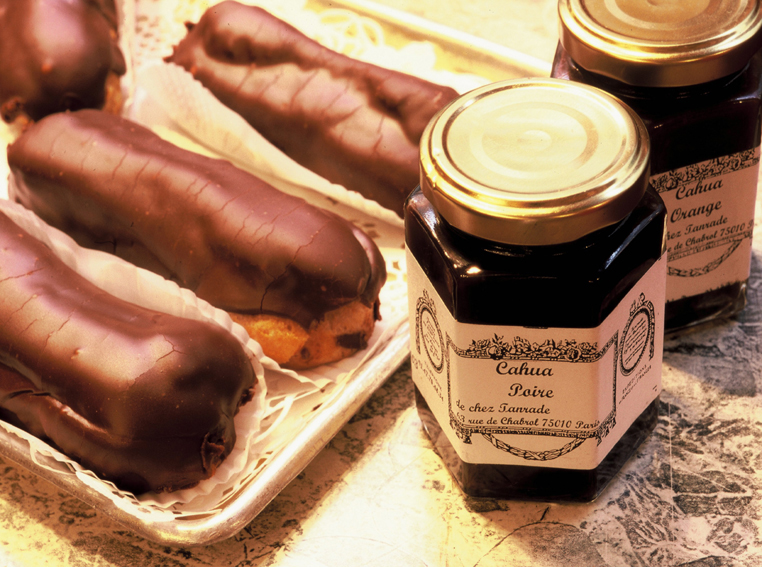 This exceptional talent was perpetuated by the family until 1990. With no descendants, the last Tanrade sought a successor. The very artisanal dimension that had to be preserved was not the financial wealth that made him choose Alain Furet, but rather the human and professional wealth of man.

Since then, the stoves of the Furet-Tanrade house have revived the ﬂammes of the ancestral recipes, rue de Chabrol, in the 10th arrondissement of Paris. Go ahead without fear and ask for advice, Alain Furet will inform you without a priori, as a worthy companion of the Tour de France's Duty.

As a companion of the Tour de France, I worked in the greatest houses, Le Nôtre d'abord, then Boissier, thanks to whom I was able to set up my own shop.

At the end of the 90s, a happy coincidence brought me into contact with the last representative of the oldest jam maker in Paris, La Maison Tanrade, who gave me his name and passed on his trade secrets.

I then started making jams and thanks to the know-how that Mr Tanrade had passed on to me, I took part in many competitions and won several: 3rd place in the World Championship European Champion, French Champion, European Prize... I also published "La Magie des confitures" translated into several languages, developed a whole range of "political" jams inspired by our governments which earned me many press articles and a good reputation in the profession.

2011 with the fire of my pretty shop on rue de Chabrol saw the end of this prosperous period and my withdrawal to rue des Messageries.